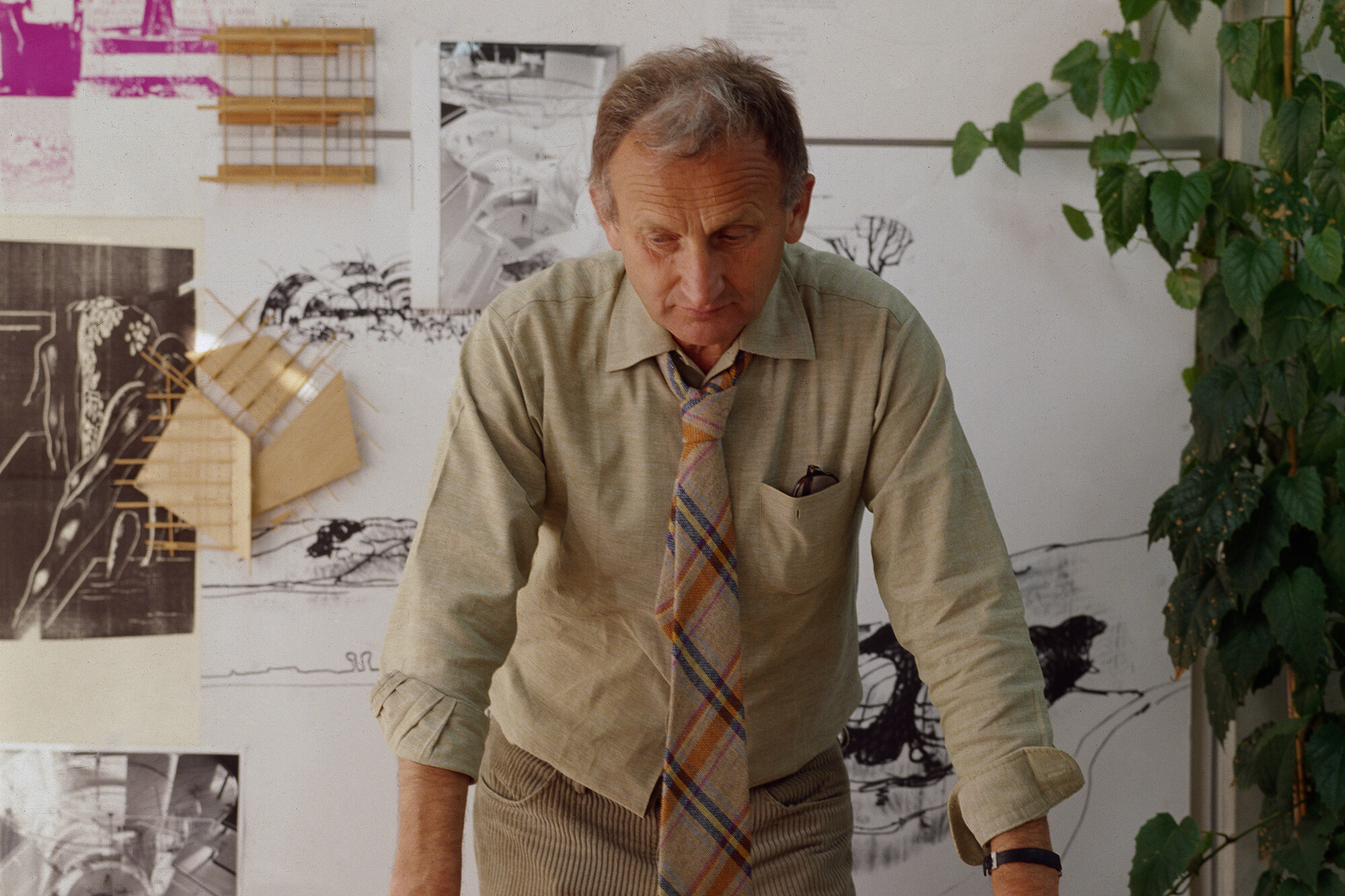 Günter Behnisch was born in the village of Lockwitz outside of Dresden on June 12, 1922, the second child of Johannes and Martha Behnisch. He grew up in a very political family, his father was a teacher and a member of the Social Democrats, and his mother was active in social welfare work. Together with his older sister Ursula, he spent the larger part of his childhood in Lockwitz, later moving with his family to Chemnitz. His younger brother Jochen was born here in 1940, by which time Günter Behnisch had already left home.

From 1939 to 1945 he served in the German Armed Forces, being promoted to the rank of “First Naval Lieutenant” in 1944. After being interned in England as a POW, he moved to Stuttgart, where from 1947 to 1951 he studied Architecture at the Technical University under Günter Wilhelm and Rolf Gutbrod. He was an undergraduate and professorial assistant in the department chaired by Günter Wilhelm from 1948 to the early 1960s. After graduating in 1951, he worked for a year in Gutbrod’s practice.

In 1952, he married Johanna Fink, with whom he had four children. Clemens, the second youngest, died while still an infant. Günther Behnisch’s other children Sabine, Charlotte, and Stefan grew up together around Stuttgart in the towns of Sillenbuch and Kemnat. Günter Behnisch died on July 12, 2010, in Stuttgart. 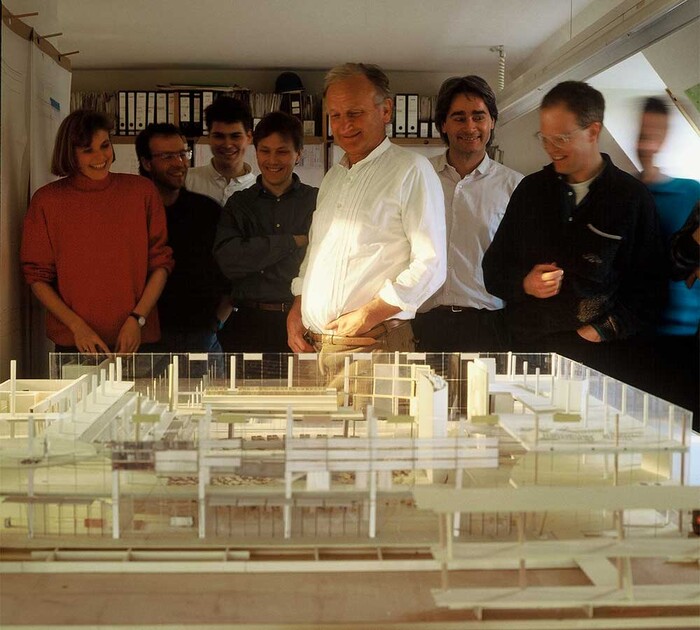 In 1952, Behnisch founded in partnership with fellow classmate Bruno Lambart the office Behnisch + Lambart in Stuttgart. The partnership dissolved in 1961. From 1966 onwards, the practice operated under the name of Behnisch & Partner, with the partners being Fritz Auer and Carlo Weber (both until 1979), Winfried Büxel (until 1992), Erhard Tränkner (until 1994), and Manfred Sabatke (1970–2003).

In 1991, he supported his son Stefan in setting up the company Behnisch, Behnisch & Partner. The company has operated under the name Behnisch Architekten since Günter Behnisch withdrew from the partnership in 2005.

Günter’s achievements and success in building with industrially prefabricated elements lead him to succeed Ernst Neufert as Professor for Design in the department of Industrial Buildings and Building Design at Technische Hochschule Darmstadt in 1967. He also became Director of the Institute for Building Standardization, which his predecessor Neufert had established. Günter retired from teaching after an academic career spanning 20 years. In 2008, the practice of Behnisch & Partner in Sillenbuch was closed.